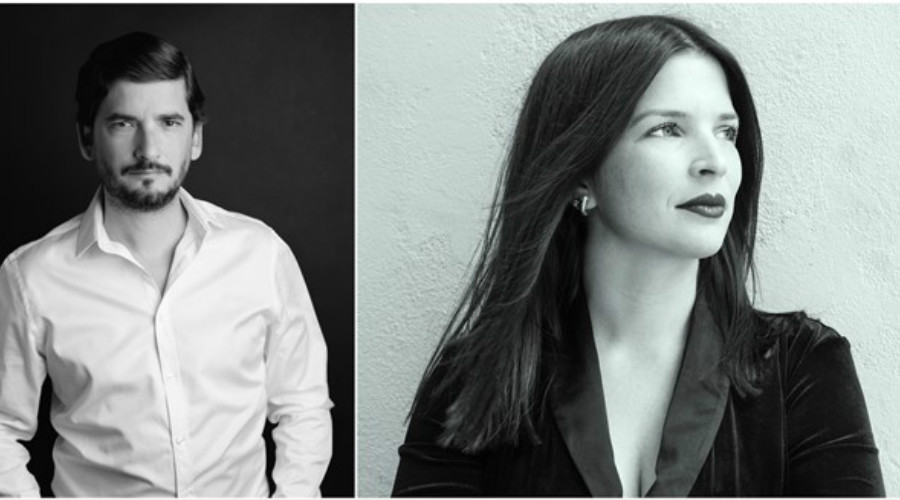 Rodrigo Costa Felix is one of the most significant Fado interpreters of his generation. Professional since the age of 18, has edited three albums and participated in many others. In his 25 years of his career, Rodrigo performed in the best Fado venues in Lisbon, in the main national stages and a bit throughout the world.

"Tempo" is the new CD by Rodrigo Costa Félix, one of the most recognized names in the national fado scene. After "Fados de Amor", widely praised by critics, winner of the Amália Rodrigues Award for best Fado CD and nominated by Songlines magazine for best album of the year in the World Music, Rodrigo Costa Félix returns to the studio to offer us a modern album, without losing the essence, tradition and soul of the music of Lisbon.

In this new work, Rodrigo definitively assumes his facet of lyricist, signing 6 of the 12 themes of the album. The remainder are written by contemporary poets such as Tiago Torres da Silva, Vasco Gato, Filipa Martins or José Fialho Gouveia, retaking an intimate creative dialogue between artists and poets, which Amália Rodrigues has encouraged so much and unfortunately has been lost in recent years.

Essentially based on traditional Fados, "Tempo" will also bring new melodies to the fado repertoire, written by composers like Mário Pacheco, Tiago Machado and Rogério Charraz, among others.

Her powerful voice, with a markedly “fadista” timbre, her impeccable tuning and interpretive ability have won her numerous praises from various Fado and culture personalities.

She has been performing regularly in some of the most prestigious Fado Houses in Lisbon – Clube de Fado, Tasca do Chico, Mesa de Frades, among others - and is now starting to give the first - but safe - steps in concerts of her own, both in Portugal and abroad, having already sold out the Leap Auditorium in her first solo concert in Lisbon.

Her album debut is expected with enormous anticipation, which is scheduled for the second half of next year.

The Fado Festival - which was born in 2011 in Madrid and is already taking place this year in eleven metropolis of Europe, Africa and Latin America - finally reaches China.

Featuring leading artists, major films, conferences and workshops that help you understand the mysteries of Fado and an ever-changing exhibition with the quality label of the Fado Museum in Lisbon.

The event - for its unparalleled ambition and at the same time presenting the history and timeliness of Fado - became a landmark in the calendar of artists, instrumentalists and lecturers.

Its premiere preceded the consecration by UNESCO of Fado as an Intangible Heritage of Humanity. And it accompanies the triumphs of the fadistas in the greater stages of the World and the progresses in the study of the History of the sort.

In this first edition the theme of the Festival is "The History of Fado" and nothing better to tell this story than the voices of artists such as Carminho, Rodrigo Costa Felix and Inês de Vasconcellos.

We are sure to delight and amaze the Chinese audience.