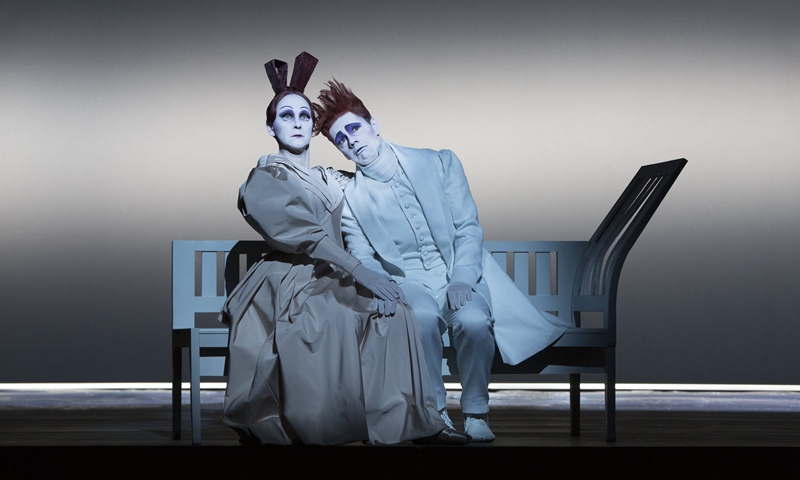 The American dramatist Robert Wilson is known as the lighthouse character of experimental drama, and he has been committed to the development and exploration of post-modern performance art.

The drama Sandman was directed by American dramatist Robert Wilson, who also served as choreographer of the drama. The drama was adapted from the short story of E.T.A. Hoffman, a German master of romanticism and Gothic horror stories. Sandman triggered Sigmund Floyd to explore the subconscious fear of protagonist and it also became the inspiration and theme of many works. Among them, the most famous one is the Olympic Act in LES CONTES D'HOFFMANN of Offenbach.

Welt am Sonntag commented: “The actors jumped between grotesque and horror. There is a slight difference between laughter and fear. Maybe Sandman will success like Black Knight. The drama does have music potential.”