Lecture on Nothing by Robert Wilson 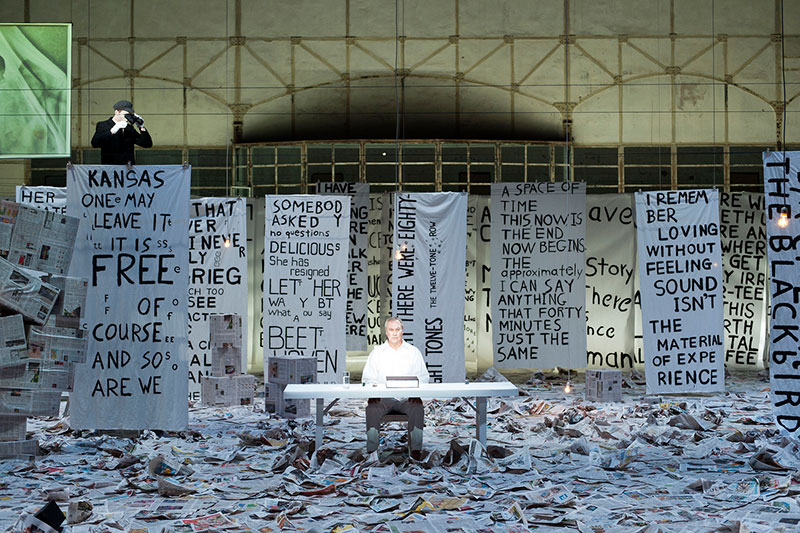 The speech on nothing is adapted from the famous works of the famous American composer, philosopher and music writer John Milton and Cage in twentieth Century. In order to pay tribute to the legendary composer, Robert Wilson directed the play of the same name.

Robert Wilson is one of the most significant representatives of the theatrical avant-garde, whose landmark Einstein on the Beach was recreated at the Barbican in 2012. Together with composer Arno Kraehahn and young Polish video artist Tomek Jeziorski, Wilson develops an acoustically and visually inspiring approach to the philosophical and poetic text Cage composed to the same criteria as his music.

John Milton Cage Jr. was a pioneer of indeterminacy in music, and was one of the leading figures of the post-war avant-garde.

He has devoted his life to explore the new development of music with serious thought and unique way of behavior, and gained universal attention and understanding.

'A revelatory new theatre piece. Wilson has spent a lifetime absorbing Cage, and it seemed here in his deliberate reading that Cage had given him permission to be, on stage, deeply human, practically vulnerable yet still powerfully original.' LA Times