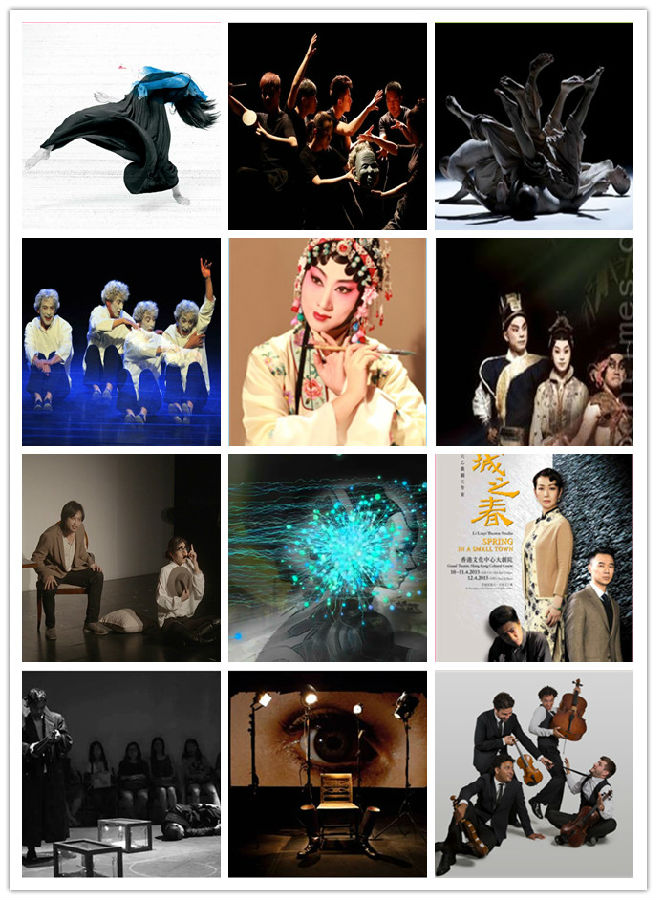 R.A.W.!Land was launched by China Shanghai International Arts Festival(CSIAF) in 2012, Rising Artists Works Land(RAW.! Land), aims to promote innovation and corporation, to cultivate artistic talents, and to produce a new mixture of arts. RAW.! Land provides rising artists with a stage of learning and experiencing, which can broaden their horizon and promote communication and corporation internationally.

Since the project was launched, 31 young artists have been commissioned to create 27 stage performances, including drama, music, dance and many other multimedia fields. Several artists, recommended by RAW.! Land, have taken part in various art festivals and theaters.

This year, we combined oriented commissioning with open commissioning, doing our best to bring out works of high quality. Not restricted by theme, those artists can have more space in creation. From traditional Chinese culture, the works shall rediscover the core value in Chinese aesthetics. In the meantime, rising artists are encouraged to explore further and have a global perspective of view. For example, they would corporate with 43 talents from Shanghai Literature and Art Award, to put the works with great potential on stage. Also, the joint work between local and foreign artists will infuse new energy to local arts production.

Derived from RAW.! Land, the Rising Artists Innovation Week has gained world-wide attention since its launch in 2013. CSIAF and Shanghai Theater Academy have held the Rising Artists Innovation Week twice(2013, 2014). Based on the purpose of “Open door schooling, open door festival. Brand building by, culture and education”, the whole campus will serve as a core base to invite people from all walks of life to join in the arts carnival in the nine-day festival. Besides the original works from RAW.! Land, the Rising Artists Innovation Week has attracted more than 150 performances from 60 countries and regions. The total number of showings has reached more than 500. More than 80 lectures and workshops, together with other visual art exhibition, have been held to bring our spectators a novel experience of innovative art.

The 2015 R.A.W.!Land invited international as well as local theatre groups to perform. World class performance artists from France, Spain, Sweden, The United States, Australia, Israel and other countries and rising artists from Hongkong, Taiwan, Beijing, Shanghai and all over the country are coming to R.A.W.!Land . Choice for artistic work varies from forms of creation, stage movements, subjects and themes. “ Immersion” part shows how bodies respond to all kinds of artistic styles and create different interpretations. “Devotion” part combines theater arts and innovative performances. “Interaction” part reflects perspectives of artists about science and technology. “Fusion” part collaborate world music and performances of contemporary music.

More than 30 avant-garde meanwhile traditional work will be performed in one week: cloud gate 2 Lai, Spring time in a small town and Rashomon are premiers in mainland China. Performances like Villa and story telling theater Snowy Night are premiers in Shanghai. Multi-media Musical Code:Cytus and Miss Julie represents the combination of leading technology and performance art. The music conversation of Bach and KunQu Opera as well as Chinese traditional instrument Zheng played by American experimental musician David Shea further demonstrate how Innovation Week carries on and develop art traditions. These two performances even are world premieres, the audience of Shanghai will have the pleasure to see before the world.

For this year's R.A.W.!Land, we will host several interactive workshops, lectures that touch on topics such as stage performing, directing, new media technology learning...etc in hopes of a more interactive way to inform our audiences academically. We also offer our participants a chance to talk face to face with some people who worked professionally in those areas for a deeper understanding of their work fields. As a part our activities this year, we will also invite five young, very talented artists from "Rising Artists’ Works" to join and share a little about their experience with us. This year’s Innovation week will start on October 18th, locating in the "Shanghai Theater Academy" and other different venues in Shanghai. We will present artists and art lovers our diverse collections of new generation art by young artists.